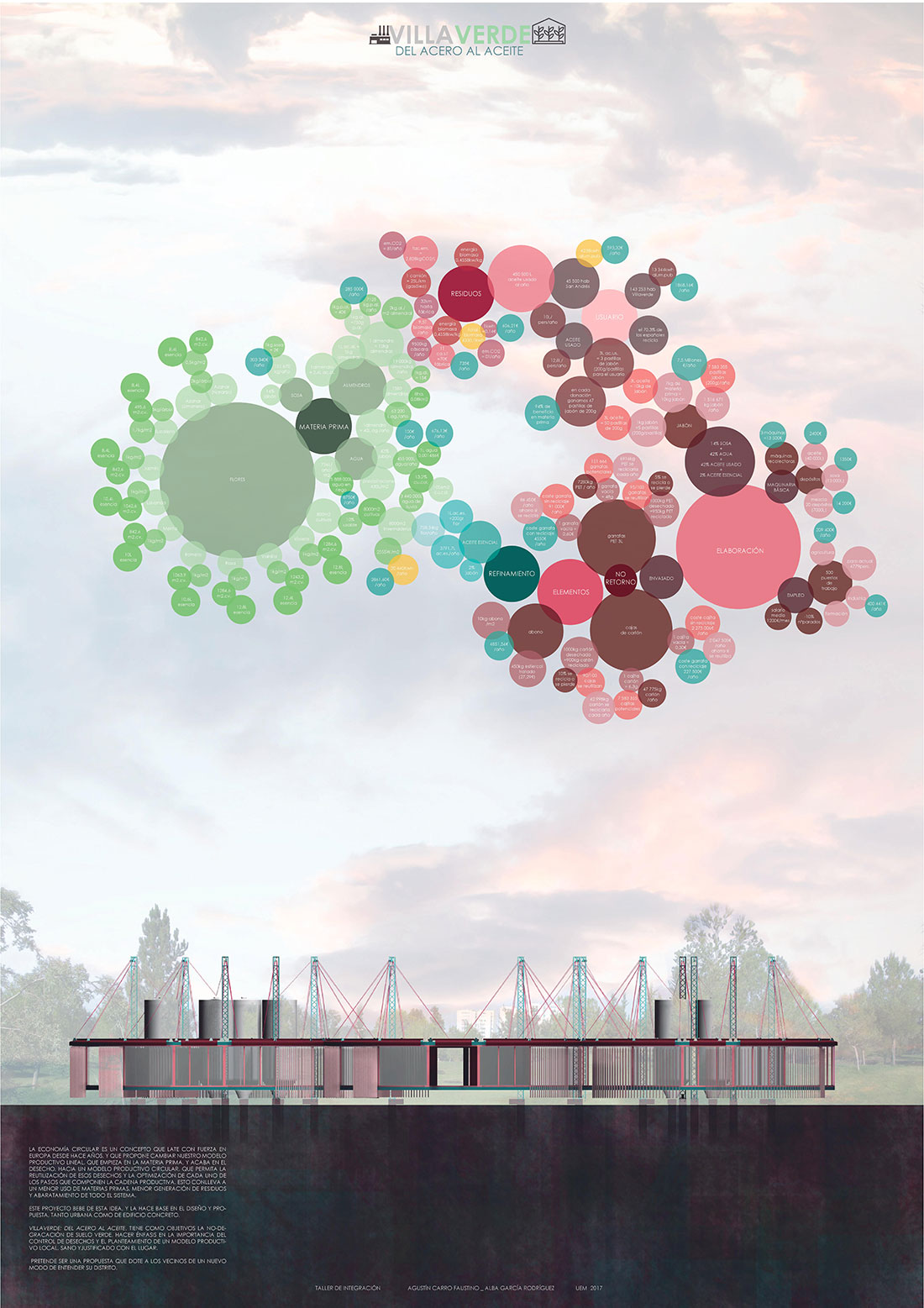 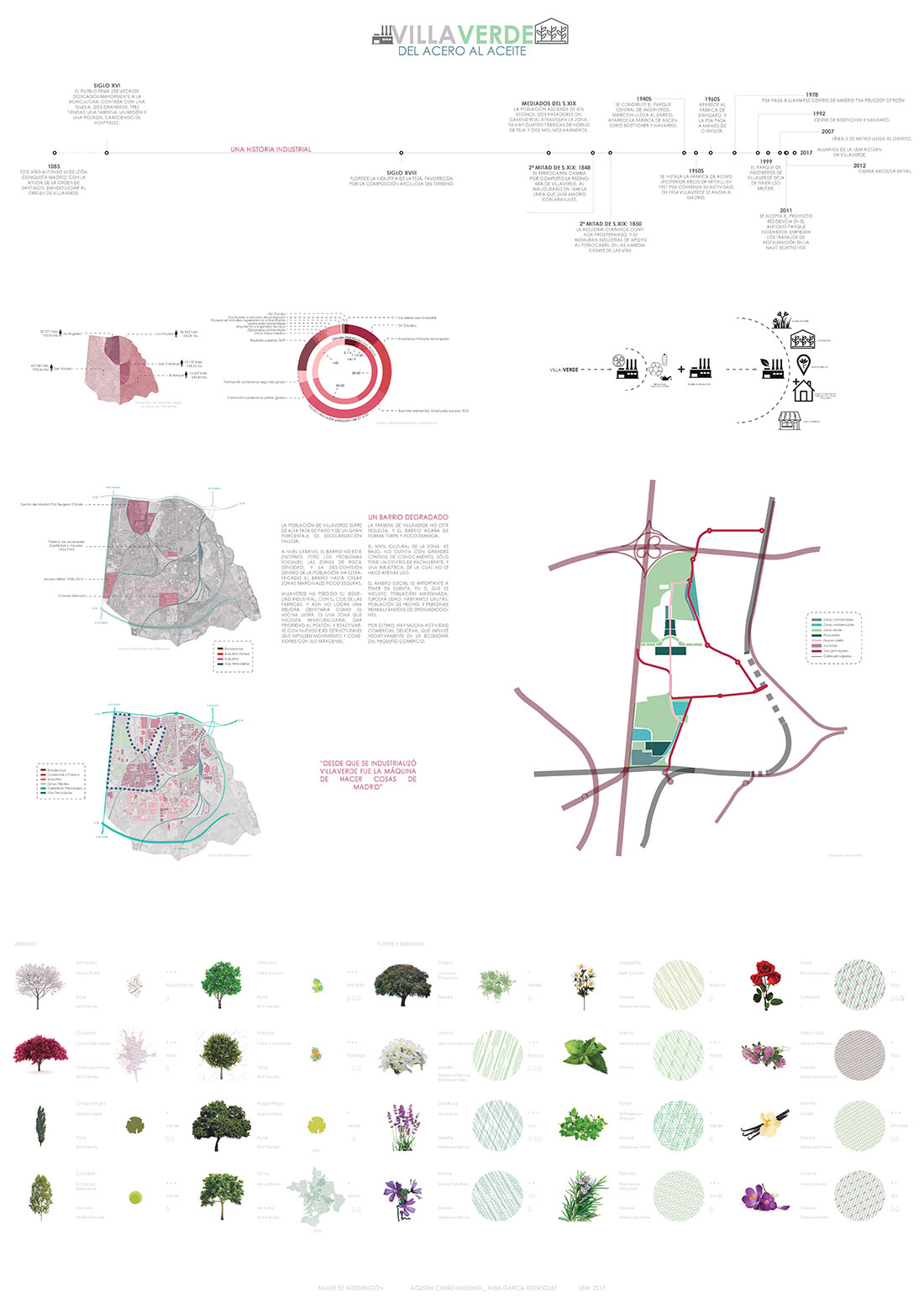 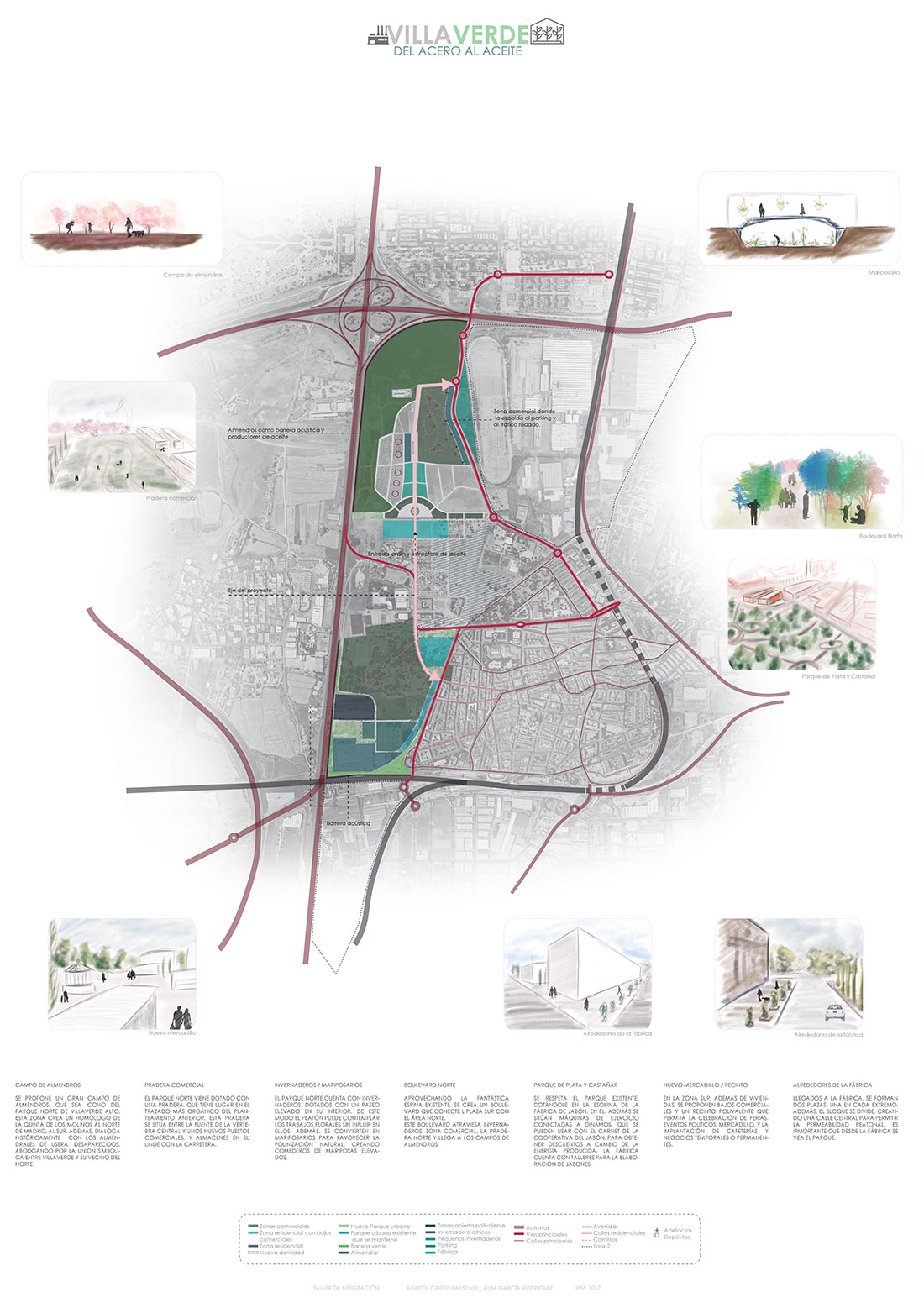 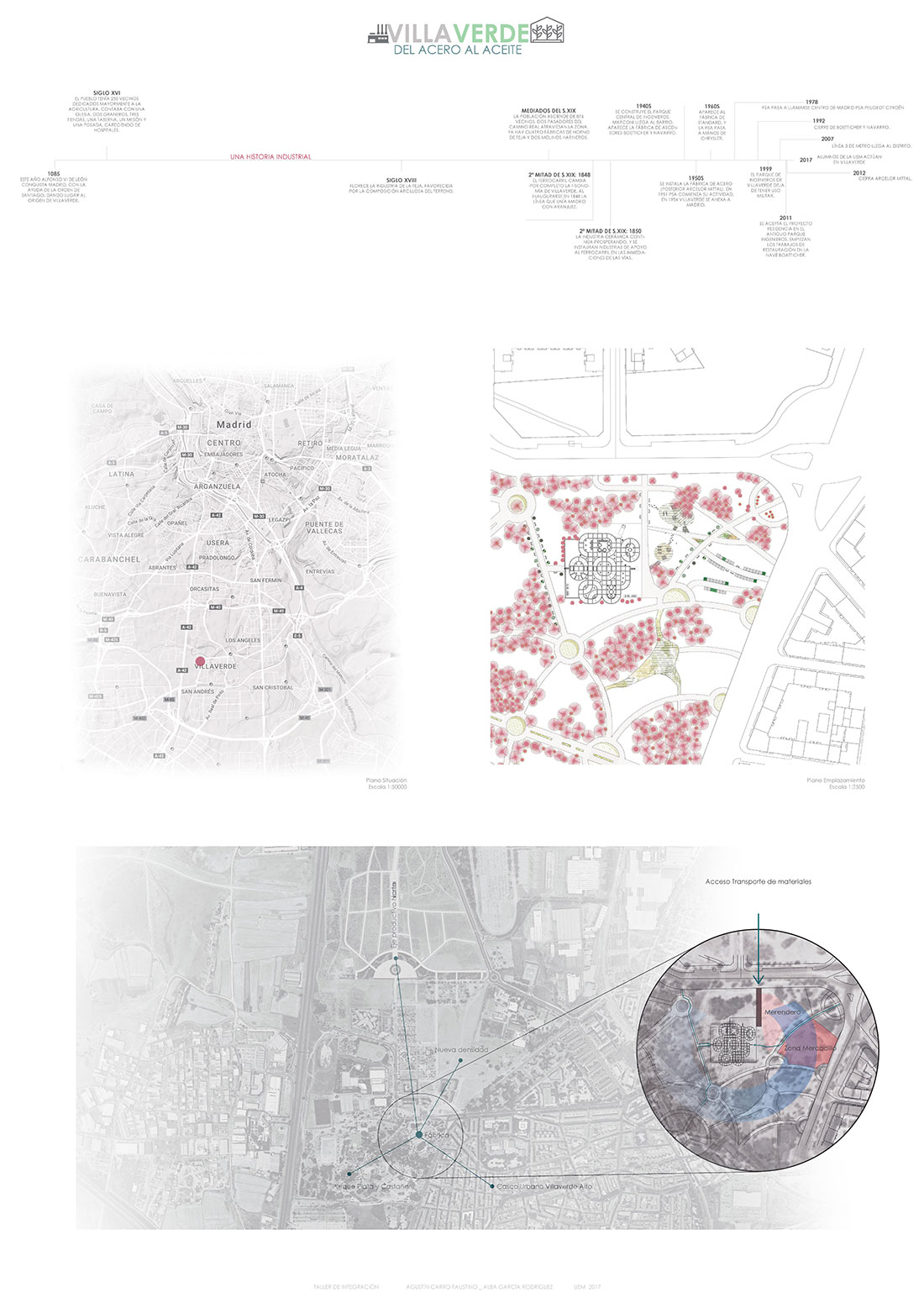 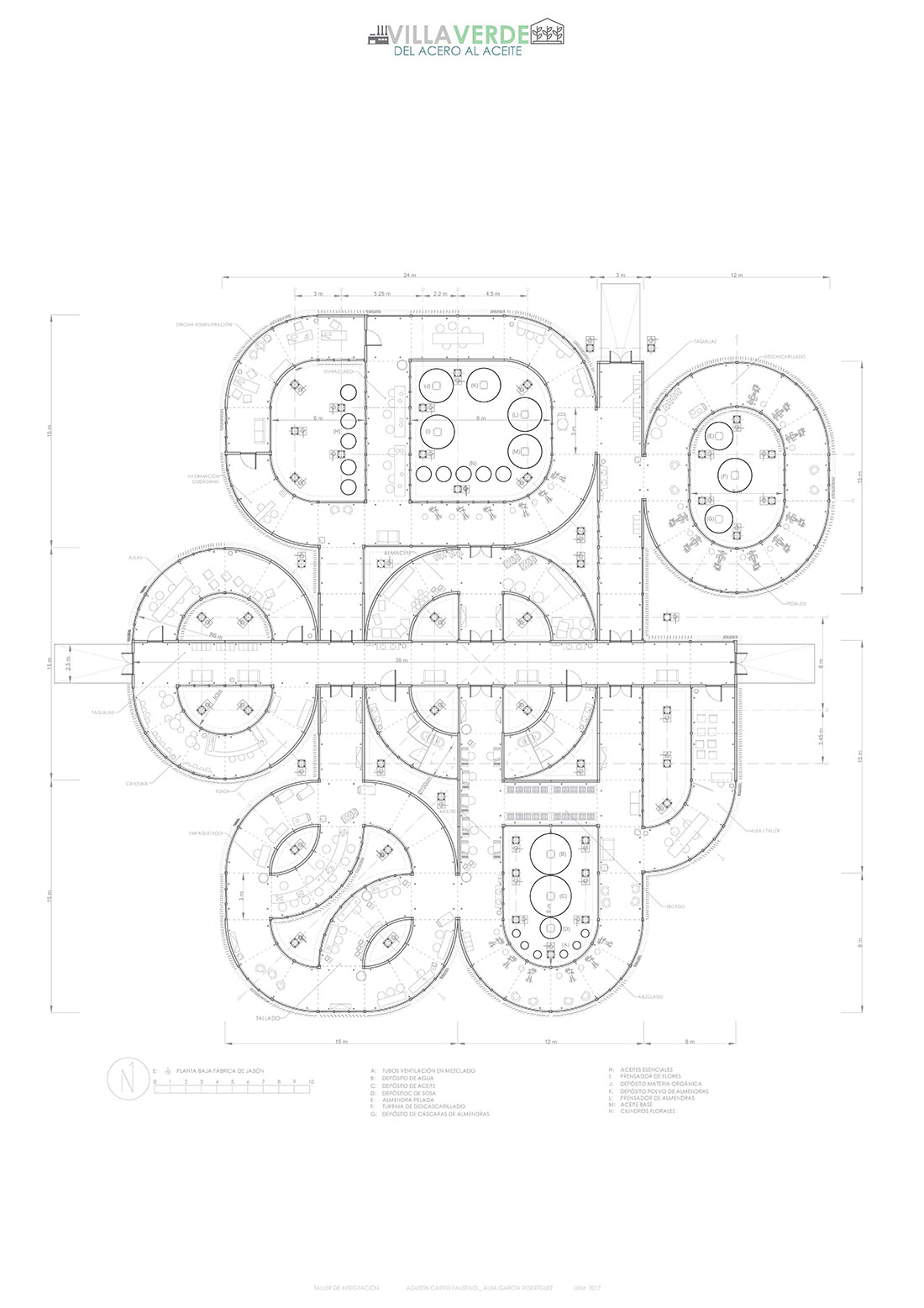 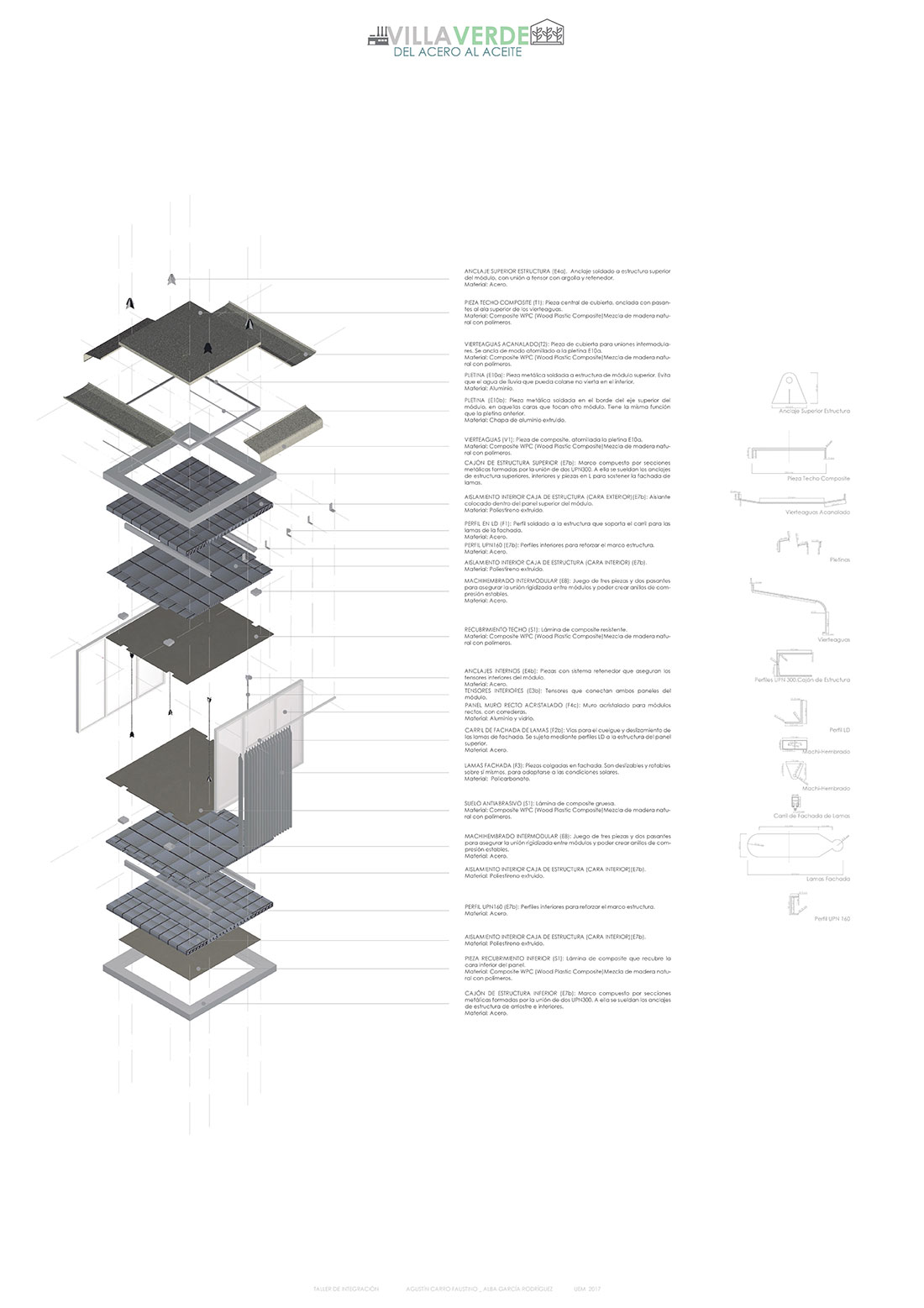 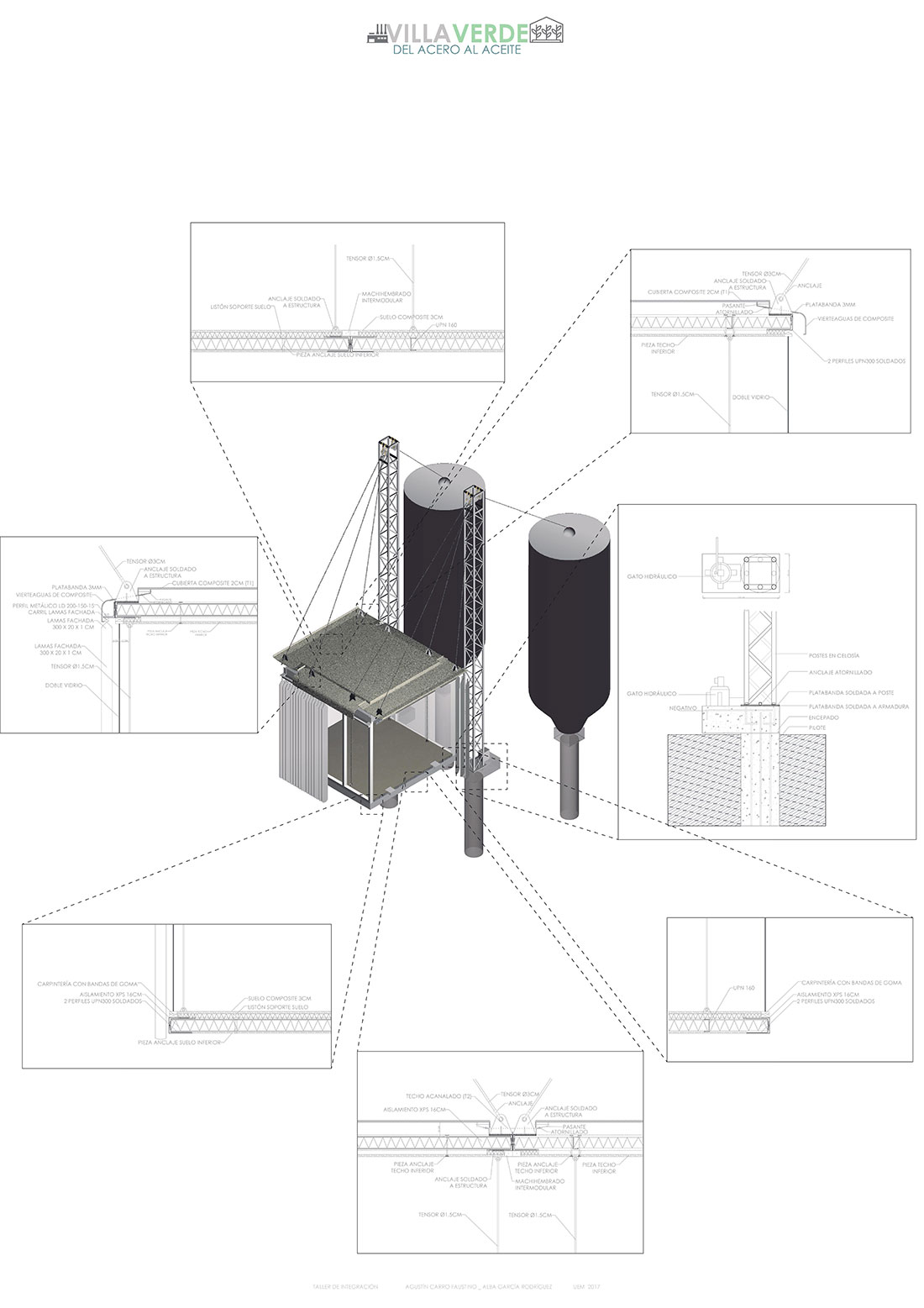 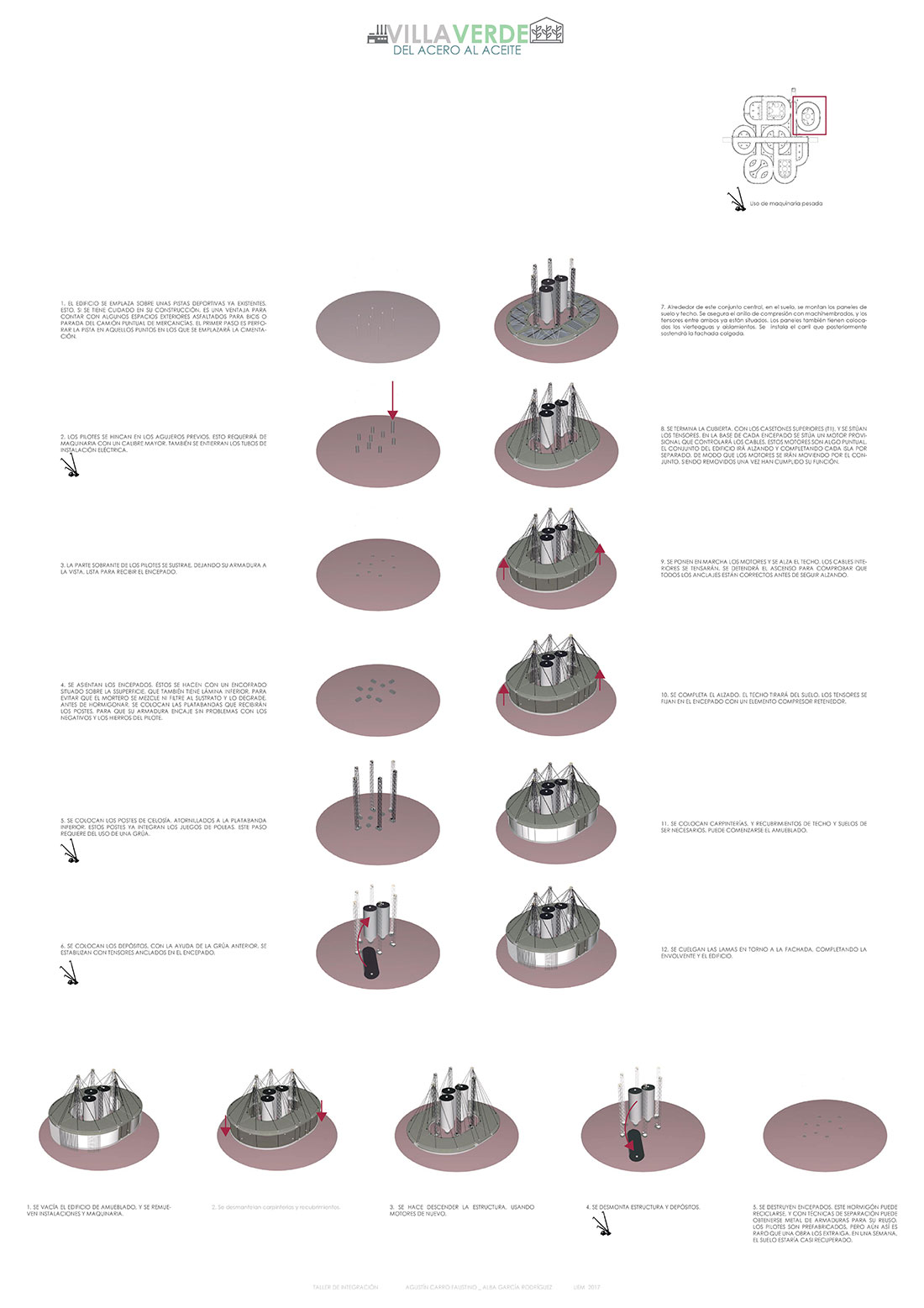 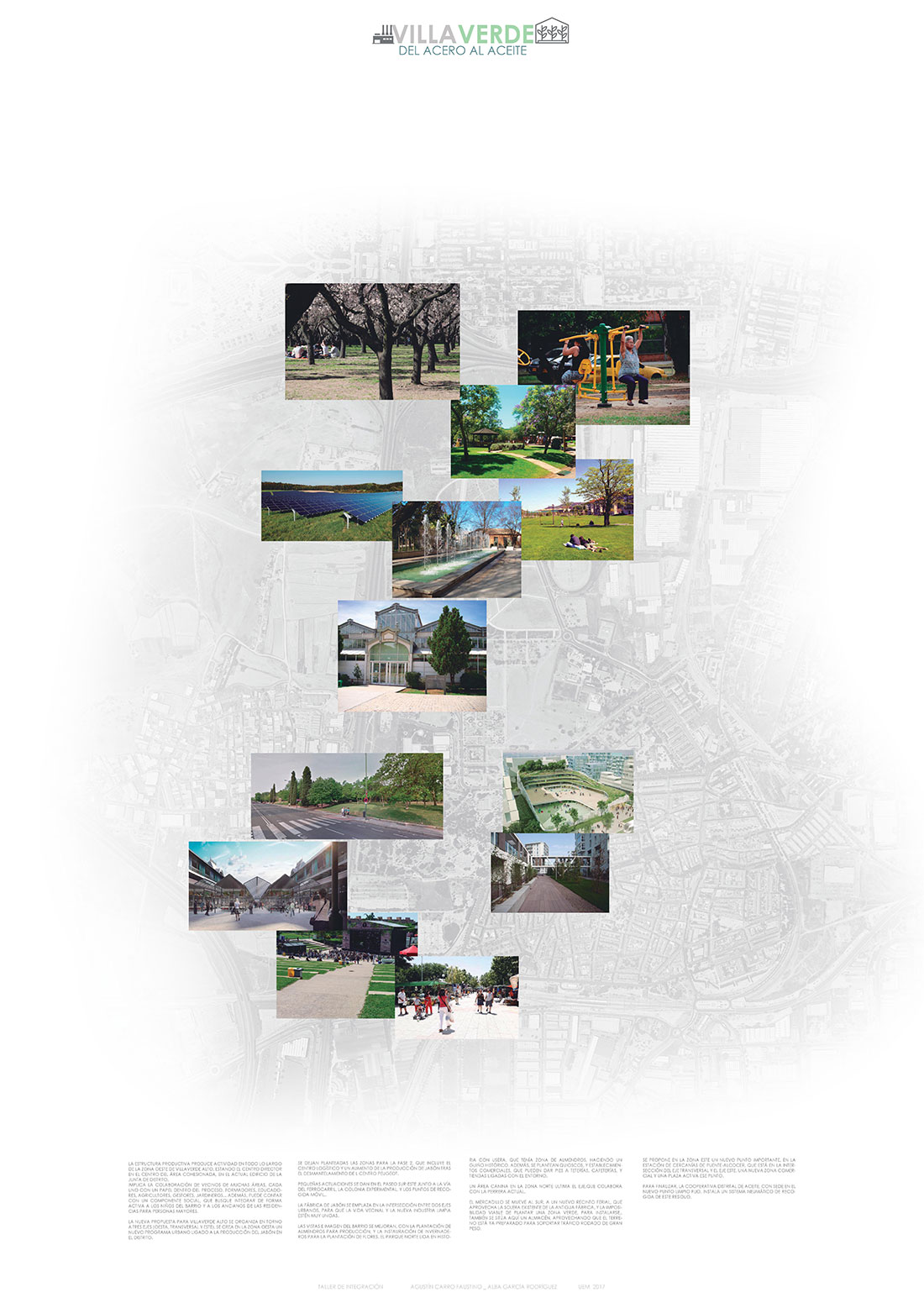 From steel to oil: transforming Villaverde

You can check and download the complete project document by clicking here.

This was a researching, diagnostical and proposal project which took place for six months in Universidad Europea de Madrid. It was developed next to my architecture mate, and luckily great friend, Alba García Rodríguez.

Villaverde Alto was a neighborhood with a strong industry background. The train rails had enclosed it, so the growing of the area was limited in its spreading, making the borders difficult to trespass. In this stage, we focused in the analysis of the place, detecting the potential area to be developed in the west side of Villaverde. This area was abandoned, the urban plan cancelled, and very insecure for people to wander around.

Villaverde had not cohesion, people had not identity anymore, and there was a lack of activities in the area.

PHASE II: WHAT TO DO?

We had clear the neighborhood main lacking was the concept inherent in its name: green. We needed to transform it into a green eco-area, encouraging inhabitant there to be part of the process.

That is why we decided to choose one common product which is wasted and dismissed as rubbish at homes: used oil. This was, we could make sure every house had something to give. We also wanted to set a circular economy small-scaled business around it.

So, our facts were:

The solution: an eco-soap local business.

To implement this process it would take: more trees, flowers and greenhouses; small atelliers for inhabitants to attend and handcraft oil; and a gathering place for all to take place.

The local factory designed with this purpose counts with gym machines, so people can make the proccess of mixing and grinding more comfortably.

From this factory, other businesses were created, also striking in taking advantage of any waste and disposal:

Also, the potential of the place made possible to reduce thouthans of tones in polluting products, create a couple of hundreds job positions, and the quick maths done in the project estimated money flows of seven millions of euros by year.

When it came to design the building, we had it clear: it had to follow the same premisses than the study, and be coherent with circular economy philosophy. The building would not degrade the soil, by being suspended in the air, and all of it would be pre-fabricated. Eventually we just needed to design a big complex puzzle, able to be arranged and algo dismantle. The factory can disappear from the place in any moment, and the only print it would leave behind it could be the few points where its structure to touched the ground.

We were asked by teachers in Universidad Europea de Madrid to present this project in a conference where Salvador Rueda was explaining his urban eco-indicators.