Violence intrinsic to language: Zizek and the atheist dichotomy 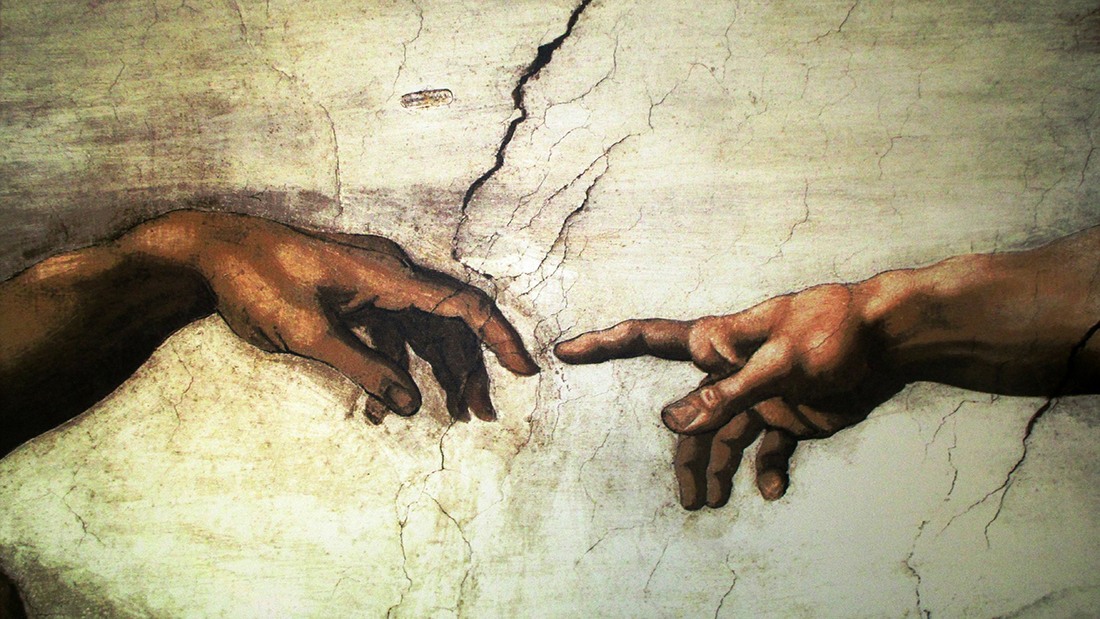 24 Feb Violence intrinsic to language: Zizek and the atheist dichotomy

Posted at 02:08h in Thoughts by Agustín Carro Faustino 0 Comments

“Collective fear stimulates herd instinct, and tends to produce ferocity toward those who are not regarded as members of the herd” — Bertrand Russel.

When the word violence is mentioned, our minds come up with images of pain, fighting, blood and injures. However, this word has other meanings which show us a wider range than just the abrupt and physically hurtful situation. Nowadays, there is a new wave of reflections about language and its effects when it comes to understand the world. Although in most cases this is regarded with the concept of inclusive language and gender-neutral language, this post will focus in anothe violent situation of language: that one when an atheist must set his posture towards God clear.

If we have a look to RAE dictionary (1), for example, we find that the third meaning for the word violence is “violent action or against the natural way of procedure” (2). Therefore, to violent (3) is defined as “to give a violent interpretation or meaning to what is said or written” and “to create a violent situation for someone or to make him upset or angry”.

Even though these meanings do not describe accurately the focus taken in this article about violence, they do clue us about the fact that the concept of violence takes a bigger part thant the merely action of cause physical or animical injur to other. “Such a violent situation”, for example, is an expression we use when several factors lead to a situation where high tension is created between people there present.

Slavoj Zizek sets several types of violence, explained in his book Violence: six sidewalks reflections (4). This analysis he runs is highly enlightening, since he simplifies the complexity of the topic and extends the vision towards the violence beyond the commonly understood.

DO YOU BELIEVE IN GOD?

The question Do you believe in God? is asked in a casual, almost natural, way when it comes to get to know better a person. It is used when it is tried to discern if that individual follows some religious doctrine, generally inside christianism, or if he is agnostic or atheist. And certainly even though the Spanish Inquisition is no longer a thing, the question remains creating certain tension and taboo.

We find a strange fear to be rude and offensive with the other. And even though the atheist is not burnt at the stake anymore cause of his ideology, he does suffer the violence of answering something which is attempting to his way of understanding the world. Because thinking it through: the question Do you believe in God? has not changed its linguistic structure since Torquemada. This means: it is a structure which has not mutated with the aceptation of atheism in our society (disregarding the fact of this being a relatively recent thing), nor has it been reflected.

The question is totally positioned in one of the two following answers:

And any other possible escape route (I am agnostic or I am an atheist, for example), will still be supedited to the semantic weight which the key word in the sentence carries: the verb to believe. This word in its meanings take a basic similarity with the expression to have Faith. This similarity consist in the lack of evidence, certainity or proof. That is, to believe means accepting something as true even though there is no way to know nor proove it, since in the case evidences were provided, it could not be considered a belief or faith. The capital Faith, to have Faith, is defined in a similar way, and it implies to trust (to confide literally means with faith) in something to be true withouth the chance of obtain an evidence for it.

Moving on the topic: the question Do you believe in God? can be then regarded as built from the believer’s point of view, and it entails the existence of God; it does not deny it, nor allows an answer coherent to itself which could refute the said religious reality. Therefore, an atheist asked this question is forced to claim: I am an atheist, I do not believe in God. He is not allowed to deny a reality, only to make him out of it following the rules of the reality he does not recognizes.

THE ATHEIST AND THE QUESTION

However, the normalization and extension of this question, in despite of the linguistic and systemic violence present on it, makes this one to be unnoticed; and even when someone points it out, it is difficult to be regarded as an agressive demand. What would be, though, the question an atheist would ask in order to know the religious orientation of another person? Taking in consideration that the question should have to imply the atheist posture.

To start, it could not contain the verb to believe. Plus, it should need to keep clear the reality according to the atheist posture, without matter the answer of the other person. By last, the verbs to think (since it implies meditation, though elaboration and evidences), to know (it does not allow any grade of uncertainty) or even to find out (it carries a meaning which includes the result of a research).

How would the question be, then? Possible structures could be:

The first one, due to the slang use of the verb to think as a synonymous of the verb to believe, must be disregarded, since both interlocutors would not be playing under the same symbolic rules. Atheist would think those words are clearly different, and the answer of the believer (“I do think God exist“), in despite of being absurdly incoherent, would be colloquially accepted.

The second example also needs to be considered inappropiate. To know an information should accept the fact of that information being incorrect. So that is a too strong verb to use, almost pretentious. However, it shows perfectly how violent it can be to play under the game rules of the contrary’s ideology. It does not allow an answer which claimed the existence of God, and it makes the person asked to choose between declaring himself an athesit or an ignorant.

In last place, the third one implies a past when God existed inside that person reality, but not anymore. This fits with the fact that very few children were taught under an athesit point of view in their upbringing. It also implies and keeps clear the atheist position towards the topic, and the reality he considers correct. And also, it is the less offensive one, still correct with the goals of this disertation. The believer cannot answer the question claiming “I believe in God“, since that is not what he has been asked. He must confirm his belonging or not inside the group of people who discovered that God does not exist; or give any invalid question (which would place him instantly inside the group of those who have not find out the non-existence of God yet).

The main goal of this article was showing how words have strenght, and how they do imply a specific and complex reality taken towards the world. How to use some or another is not something to disconsider. Also, it strikes to encourage a critical approach to language, so the way of thinking of oneself is not sepulted, submitted or diluted in the colective imaginary or in that grey  background which only allows us to perceive the questionably-evil subjective violence.

(1) RAE (Royal Academy of Spanish Language) is the institution which regulates the use of this language over the world. This article is a translation from its Spanish version Violencia intrínseca al lenguaje: Zizek y la dicotomía del ateo by Agustín Carro Faustino (available in LinkedIn). A small unaccuracy in the meaning of the words is expected in the translation.