Why all architects should be vegan?

16 Apr Why all architects should be vegan?

Every year, the number of vegetarians and vegans increase as more people join this lifestyle. It is currently trendy in the West but it is not uncommon in Asia and cultures from the Middle East. According to surveys and projections, almost 10% of people around the planet will soon be vegan. This percentage is expected to achieve a majority by 2050. In Italy, for example, it is projected that there will be a 30% increase of vegans over the next decades. The departments in charge of these studies claim that the main reasons they predict such a large increase in veganism are human overpopulation and a lack of fresh water.

Probably the most common reasons people cite for switching to a meatless diet are about the treatment of animals and people wanting to end suffering in food production. Documentaries like  Cowspiracy,  Black Fish,  Forks over Knifes,  Thrive  or  Earthlings  have gained notoriety, and strike at the consciousness of the population. These films highlight the dark side of the food industry, animal shows and other elements in our society that contribute to a cruelty and unethical treatment of animals. There are also groups and sectors working to reverse the passivity of most consumers. Their goal is to make people realize the huge impact their consumption choices can have on the system.

THE ECOLOGY OF VEGANISM

Studies consistently support the vegan lifestyle, with more and more data showing how it is viable. Environmental factors were the second most cited personal reasons to become vegan. A study taken in Spain, showed 21% of respondents claiming this was their strongest consideration. The relationship between veganism and ecology has been shown very clearly. The United Nations has already noted that the current food system is destined to collapse. They even proposed raising taxes on meat and dairy in order to decrease their consumption. Deforestation and land degradation are another concern. Some countries buy land in other areas of the world in order to produce grain they need to feed animals used for meat and dairy. Fertilizers are needed in order to produce those grains fast enough and these pollute the soil. The water used in this process is also detrimental to the land located near animal farms. A famous case is The Salton Lake in California, which is taking decades to clean, and its water level is getting to a new minimum.

Environmental numbers are clear, and based in several points:

In the fitness community there is a discussion about a vegan diet its detriment to gaining muscle. Even though we find many cases of fit vegan people, many fitness and trainer experts claim it is difficult and almost impossible to have a strong, muscular body without including animal protein in the diet. There is evidence which shows this is untrue, but the question is: does a human need to have a strong muscled body?

Here we start linking to our main point, which will join veganism with being a coherent architect. In order to gain muscle, a person must take more resources than his body consumes. Part of these resources will be used to balance the system after working out (repair muscles, water reservoirs, glucose charge, minerals lost in sweat…) and then a little extra is taken to make it stronger and grow. So, we are not talking about having a healthy body, since it is not the same to be healthy as it is to be muscled and strong. A strong body can be a healthy body as much as an average one can be, but strong implies a small excess which the body does not need for living a healthy life.

A vegan must know then that it will take him more effort, time and patience to achieve a fit, muscled body, since his diet will have to be carefully planned. This person will have to accept that handicap, and renounce the faster way, making a sacrifice; a sacrifice taken to be coherent with their beliefs and vision of the proper world.

This example about gaining muscle can be compared with some houses. Everybody wants to have a big house, but lately many architects agree that we must get used to living in smaller places. With the problem of overpopulation, it is not possible that everyone will get a big house without collapsing the planet or economy. These architects claim that we must renounce having a big house for sustainability reasons: that is a sacrifice to make in our lives so we achieve a better equilibrium.

Is veganism not the same? Both problems could be solved if we accept a  Birth Rate Control, but that would be against human freedom (nobody should be not allowed to have more children, nor to have them if they do not want to). In the case of veganism, this would be valid if our reasons remained only in the environmental field.

THE ARCHITECT AS CREATOR OF THE WORLD

Architecture is found everywhere. This is something which cannot be denied. However, the architect role is beyond that what people see in the city. The architect gives a speech in every new design, a speech about how the world is literally being built. If the architect is eco-friendly, they will design buildings which follow principles and functions supporting this philosophy. If the architect is concerned about the urban heat island, they will try to implement elements (green roofs, street trees, clear colors…) in order to mitigate it.

Architects teach people. We have a crucial role in choosing how to live in the city, and how to interact with it. An architect can decide a whole area in downtown will be pedestrian only, forcing people to walk and use public transportation. He can also do the opposite: designing cities in order to favour cars to the detriment of the pedestrian. Architects can even grant hierarchy in case of rain; whether the water will allow pedestrians or cars to circulate, by deciding to design the sidewalk or the road at a lower level than the other.

It was an architect who claimed that music could not be played in theaters anymore, because of the different behaviour of acoustics. Therefore, symphony and concert halls were designed and added to the world.

Every choice and action an architect makes (in any field of architecture), will have an impact. The design will probably stay there at least a couple of decades. In that time, a whole generation of people will live according to that built environment.

WHY AN ARCHITECT SHOULD BE VEGAN

Ecological and green architecture is trendy. Most architects include this consideration in their designs. International regulations, global goals and an increasing spirit of sustainability make this point crucial for the support of a project. Cities are increasingly being designed and transformed following these principles. The use of public transportation is being encouraged to avoid excess of pollution in cities and towns.

Examples of these measures can be found in Madrid or Paris. Here there are policies designed for episodes of high pollution and strategies are launched on those days (forbidding cars in downtown, free public transportation, allowing only shared vehicles…). Urban architects are there, designing new ways to live in the city and collaborating with the Administration and City Councils to educate the population. These architects claim that an effort must be made. Using cars in big cities is not sustainable, viable nor possible, since it will only lead to collapse. A town cannot maintain that amount of pollution, noise, space in parking, gas consumption nor circulation without sacrificing the human rights of a healthy environment, pedestrian safety rights, or even right to freedom. One important biologist and psychologist who focuses on this is Salvador Rueda, who designs what he calls Ecological Urbanism.

“Plaza de España”, in Madrid, will be renovated in order to improve its pedestrian use and connect green spaces, currently too related to vehicles circulation entering downtown.

If we leave the urban field and focus in a more specific space, like a house, the speech is the same. Europe leads the energy and water saving discourse in architecture, with policies which help educate the population to integrate ecological lifestyles, and also encourage architects (and even force them) to design following parameters of energy saving, consumption and water use.

Architecture is not an empty practice, it has ethical and moral responsibilities. And so does an architect. The morals and ethics an architect should follow are a responsibility, since we are the ones designing the path for the future world. An architect must exemplify how to correctly use a house, how to move around the city… how to live on this planet. The architecture developed by an architect will have goals to achieve, and the person behind that design cannot let people point out at him and accuse him to use his work as a façade plenty of goodness. Society will judge, and nobody will follow the teachings of a person who does not apply their message in their own life.

For example, how can an architect tell people they should use public transportation and not use it himself? It is hypocritical for a person promoting water and energy saving to not make the same effort at home. And by extension, knowing how our food industry works right now… can an architect knowingly contribute to a system which breaks all ecological and sustainable principles, at the same time he designs eco-houses and claims how the people who wont relinquish their own vehicles are irresponsible?

How can a person ask another to refuse the ease of driving inside the city, when he is not willing to refuse the pleasure of biting a hamburger? Actually: we spend money in low-water-consumption devices in our houses, but they do not save as much as we would do just changing our diet.

Architects should be vegan for a very simple reason: it is the only choice which is coherent with the sustainable speech they use. It is not easy or pleasant in some aspects but it is a necessary step in the world we are building. Our diets have always have impact in the world we build, and this therefore should be a reflection of the ethical stand we take in our projects. 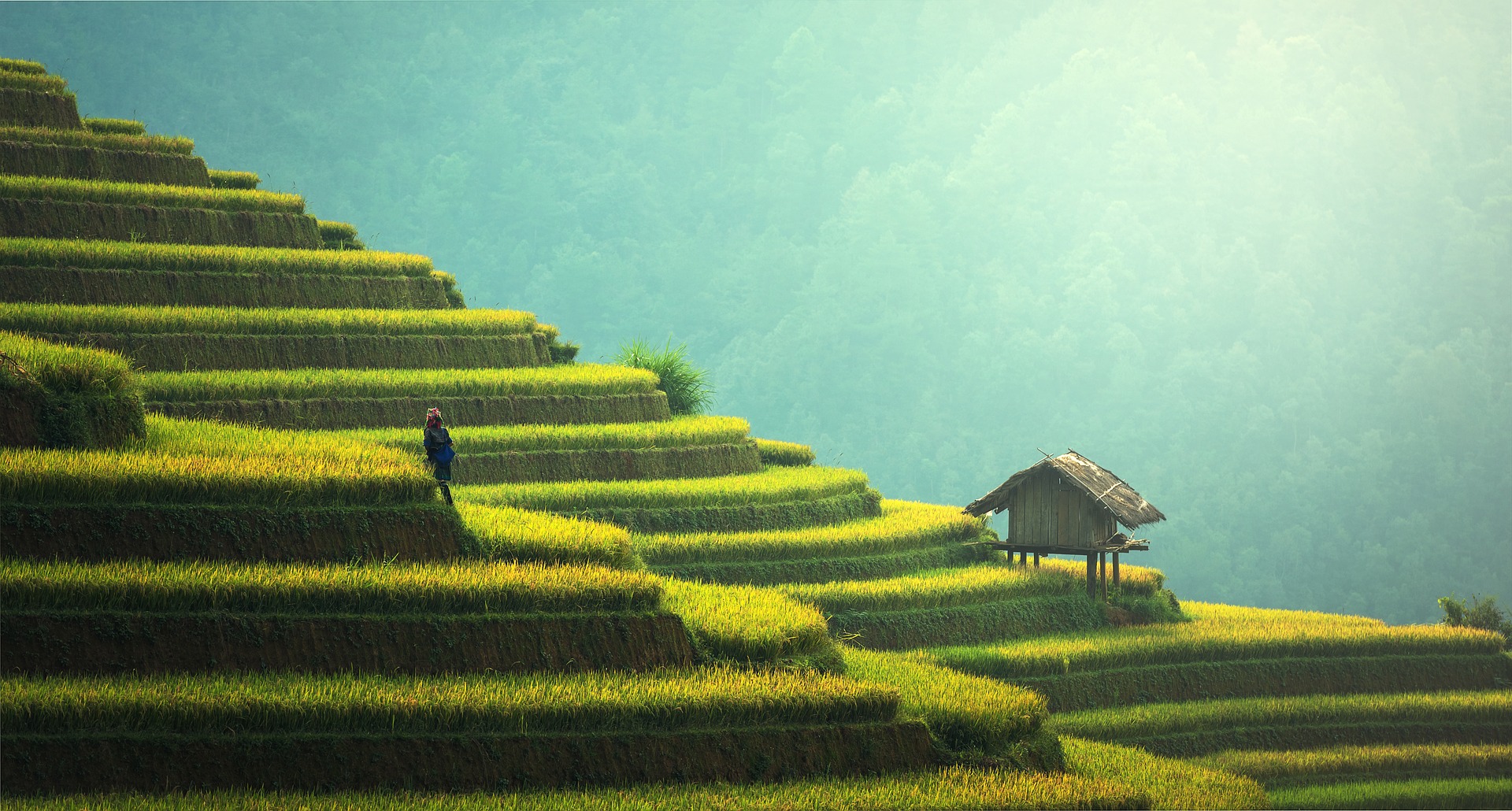 Rueda, S. (2014). Ecological urbanism: its application to the design of an eco-neighborhood in Figueres. Barcelona: Agència d’Ecologia Urbana de Barcelona.